Germany is the greatest economic power in Europe and occupies third place on a global scale. German is by consequence a real asset in the professional world and represents, for numerous employers, an essential skill. Mastering this language could prove to be a precious work tool. What’s more, you need only look at job ads to notice that linguistic skills constitute more and more often an essential criterion for selecting candidates. Learning German will therefore increase your chances of professional success.For your studies
German encompasses great cultural richness. This language is taught in most countries and is sometimes even compulsory, notably in Switzerland. A large proportion of literary works, scientific publications and reference works are available uniquely in the German language. Learning German will therefore increase your chances of scholastic success and begin your discovery of one of the great cultures of Europe.
For your holidays If every language is closely linked to a country, German is one example that shares its code of communication with numerous countries: nearly 100 million people worldwide speak German. Whether you go to Austria, to German-speaking Switzerland, Luxemburg or even certain parts of Belgium, northern Italy or eastern France, you can put into practice the knowledge acquired during your language stay. Learning German will therefore open up a range of new cultures to you.
SIL works for the language communities worldwide, to build their capacity for sustainable language development, by doing research, translation, training and material development for the global world to pursue their social, cultural, political, economical and spiritual goals. Its focus is to give service to language development.
SIL provides expertise in giving training in foreign languages in schools and colleges and in multinational companies. There is definitely a personal attention to each student and school of international languages sends the largest group of students in India for German A1 TO C2 Level from Maxmuller Bhavan (Goethe- German Embassy) with 100 % results of all the previous batches.
Maxmuller Bhavan is an Indian society which is aided by German Government and which is an authorized testing centre for A1 to C2 level. They offer all the German courses and their approach to teaching German is more orthodox and conservative although they have some of the best Indian teachers on their payroll. SIL calls the teachers from various countries for teaching foreign languages whose mother tongue or native language is the language taught by the person.


German Courses In Your Language

Why to Learn French

To get jobs in 1. International business
2. International agencies
3. The tourism and hospitality industries
4. The diplomatic service
5. German research institutes
6. As a teacher
7. As a professor
8. As a translator or interpreter
For those with the appropriate skills there are also opportunities to work in the following fields: German, along with English, is the official working language of: 1. The United Nations
2. UNESCO
3. NATO
4. Organization for Economic Cooperation and Development (OECD)
5. the International Labour Bureau
6. the International Olympic Committee
7. the 31-member Council of Europe
8. the European Community
9. the Universal Postal Union
10. the International Red Cross
11. Union of International Associations (UIA)
Our teachers are highly qualified and experienced in teaching German as a foreign language and in working with adults.
We teach all levels (A1 – C2) all year round, according to the Common European Framework of Reference for Languages: Learning, Teaching, Assessment (CEFR). 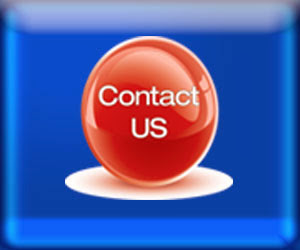